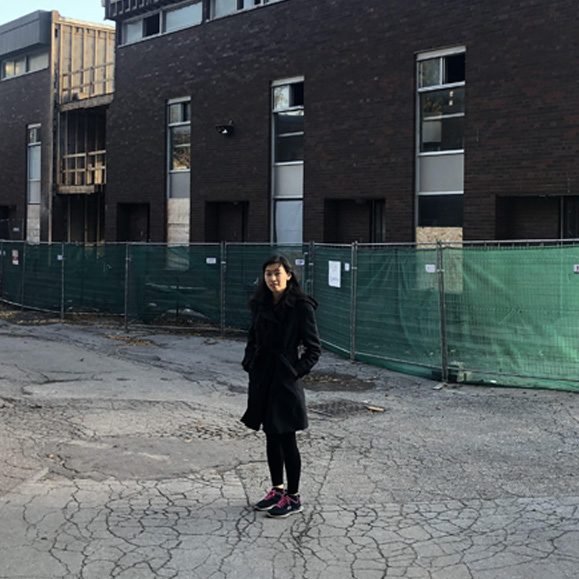 What brought you to medicine?

Currently I am practicing Addictions Medicine in an academic hospital in Toronto, Canada.

I first found out about Medicine as a career option when I went to a high school that was in an upper-middle class area.

My parents believed that education was the way to get out of a cycle of poverty and left an impression on me to get into a school where I could be exposed to a “better crowd”. If I had stayed in the feeder high school for my neighbourhood, like everyone else, I would’ve not gone to university or I would have entered a skilled trades job where I didn’t need a 4-year degree.

At my new high school, a lot of the students who came from well-off families had aspirations of entering professional fields in STEM, business, or law as their family were in those fields themselves or they had parents who told them those were good careers. I had no idea those kinds of jobs even existed. I was doing better academically than many of my classmates and were tutoring them for free, helping them achieve their goals of going into pre-medicine programs to be a doctor. At the time, I wanted to be a secretary or bookkeeper because that’s all I knew. Tutoring them made me wonder – if they can be doctors, why can’t I?

There’s lots of interesting research from a group called Opportunity Insights (Raj Chetty, John Friedman, and Nathaniel Hendren) that I recommend people to read. In their experiment, they gave opportunities for low-income families to move to higher-income, and therefore higher opportunity, areas. These children who went to school in better neighbourhoods were more likely to have upward social mobility. Essentially, this is what happened to me, academically I was able to enter a public high school in a better area and the exposure to the career goals and mindset of these wealthier students pushed me to aim higher for myself.

Challenges you’ve had to overcome?

The lack of economic and social capital were the two biggest challenges. To address the economic capital piece, I worked part time as a newspaper deliverer since age 13 and as I got closer to applying to university, I started to do paid tutoring jobs to make money. I also had a lot of pressure to apply for as many scholarships as I could to fund university, so there were many evenings when I stayed up until 1-1:30am after I had finished my job and homework to do scholarship applications. In university, I had a full scholarship for tuition, and I did work-study jobs, tutoring jobs, applied for government grants/loans, and worked in residence to cover additional expenses like rent, textbooks, and other living expenses.

The social capital challenge was probably the bigger challenge because when colleagues who had connections could leverage those networks to get summer research jobs, it was much harder for me. I had tried emailing 20+ professors with no response, so I went to several departments and knocked on the doors of the professors there asking in-person about summer research opportunities. I explained that I was a freshman and I’m looking for a summer job opportunity. I asked them for their card or email, and some of them connected me with their postdocs who had ongoing projects. When you’re physically in their office, it’s harder for them to ignore you. In retrospect, that was probably a scary thing to do for a freshman and could result in embarrassment or annoyance of the professors, but because I didn’t have anybody telling me what the social norms were at a university, that naivety was a good thing because it gave me the courage to ask for things. I worked hard at the research opportunity I was given, coming in early and staying late to do experiments and published articles. I started to build my network through my reputation as a responsible student and hard worker and that’s what opened other doors.

I think one hidden challenge [of a career in medicine] is mental health and burnout. Being able to balance work, school, and research meant making sacrifices in other areas of my life. I didn’t have time for dating and for establishing lifelong friendships that people come out of university with because I worked on the weekends – though I was fortunate to have a small group of friends who understood my schedule. I also visited my family very infrequently. A part of was also that it costs money to go partying with friends or to restaurants, which I didn’t have. When I was in medical school, I worked a night shift job and went to class during the day, so the sacrifice was sleep. Eventually, my health suffered as a result and I got fainting spells from the exhaustion and had to dial things back. It was like titrating medications but with activities / work and I had to figure out the right balance. It’s important to address these factors because we usually see what someone has accomplished but not the sacrifices they made to get there.

What do you hope to give back/ how do you currently support others?

I became interested in reading about personal finance when I got accepted to medical school because I thought knowing how to manage my finances responsibly is an important step to affording the high tuition and controlling how much debt I graduate with. I currently teach a personal finance lecture at the medical school and started an Instagram blog about budgeting, frugality, and financial literacy (https://www.instagram.com/breakingbaddebt/). Lower-income medical students were telling me how some of their colleagues or influencers showed a very expensive lifestyle on Instagram and it made them feel they also needed to spend money on vacations, makeup or clothes to fit in – money which these students didn’t have. So, I created this account to teach students not to fall into the ‘doctor lifestyle trap.’