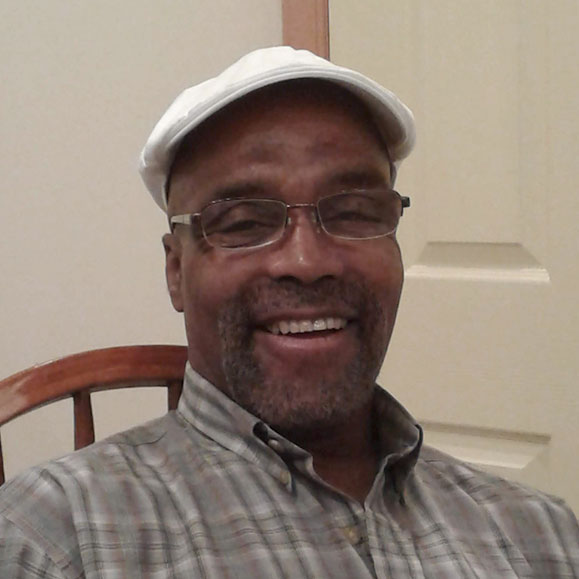 MY PATH TO MEDICINE:

I graduated with a degree in biology, but not as a premed student. Afterwards, I first thought about going to podiatry school, or pharmacy school and I had offers for PhD programs at Princeton and other institutions. I hadn’t thought about medicine until a friend of mine who had just gotten into medical school said, “I think you’d be a good doctor.”

I had the grades to get into medical school, so I studied hard for the MCAT and did well. Despite applying late in the application cycle, I had a 100% acceptance rate.

There was a political thing going on with Meharry and Vanderbilt at the Nashville General Hospital. Meharry lost many of their beds there and Vanderbilt took over. Meharry was short on clinical experience for third-year students, so they developed a program where students did their clinical rotations at other medical schools across the country called “third year away.” I chose NYU, which was really different. While I was there, Meharry started having financial problems so I decided to transfer to the Medical College of Pennsylvania (MCP), what’s now called Drexel University School of Medicine. Now at a predominantly white school, which was designed to educate white women; so I was a double minority there and I felt the difference—I didn’t feel comfortable there, but I got through without any academic failures but felt very socially isolated. I guess it was Imposter Syndrome before it had a name. I graduated, and did my internship at UMDNJ in Newark, NJ.

RESIDENCY during the HIV / AIDS CRISIS:

I began my residency in 1986 when the AIDS crisis was peaking in Newark, NJ due to the sharing of needles amongst intravenous substance abusers. It was a surreal situation as HIV/AIDS began decimating the Newark community. The Internal Medicine residents threatened to go on strike because all we were seeing was infectious disease cases and we weren’t being given a well-rounded case load. Eighty per cent of our patients were AIDS patients at a time when there was no way to treat it. People were coming in the hospital with a dry cough/fever and not leave alive. I did my first year there, then decided to pursue other opportunities; it was just too much. It was different than our current infectious disease crisis with COVID-19 because HIV/AIDS was affecting the population of “undesirables.” And the disease was not given the funding for research that it deserved. Patients were just dying as, we physicians, had nothing to offer other than supportive care.

AIDS activists fought long and hard to get money from the government to invest in AIDS research. And they won. It’s amazing that people can now live 20-30 years with the virus because back then, in the 80s, people would die a slow HORRIBLE DEATH within weeks or months. I learned then that the system was broken. We have a sick care system, not a health care system.

Don’t ever let anyone discourage you from pursuing your goals, your perceived destiny.

Going from Meharry to MCP, I was challenged b/c of the color of my skin. I had experiences at MCP that I never had at Meharry – bad experiences. I had to be really conscious of my appearance – not too Black- and not be discouraged by ppl looking down on me for thinking I was only in medical school b/c of affirmative action or some racial quota; that I wasn’t qualified to be there at MCP, which wasn’t a factor at Meharry.

I was frequently challenged about whether I was good enough to be a doctor even though I was scoring as well or higher than most of my classmates on exams. The comments and behaviors were often subtle or micro- aggressive in ways intended to make me feel awkward and uncomfortable– crazy kind of stuff.

The medical profession is an elite culture. Many of your classmates may come from families of physicians, or generations of physicians. We have to recognize that it’s a white male-dominated profession for the most part, and you have to adjust to it and persevere. You will have to conform a little, but not to where you lose yourself. It’s important to stay true to yourself.

Your professors are mostly white males that look and dress a certain way – conservatively. There will be a lot of students whose parents are paying their full tuition with a check or credit card, and you can feel out of place in that way too.

Try to just blend in as much as you can. It was a hard task for me because of my experiences at Meharry where all I had to do was perform well academically. Being from a non-major culture, race or sex makes the journey a little bit harder, but it also makes you stronger.

BELIEVE you’re capable; you can handle anything that comes your way. The fact that you are where you are is not by chance; it’s b/c you worked hard to get there.

And HAVE MENTORS: have people who have done what you’re trying to do— talk to them. Everybody has periods of insecurity even people who’ve done really well have had their moments of self-doubt, so talk to them. See how they got around it.

You have to think and believe that they’re no better than you then just focus and do the work that’s required and keep moving forward building greater self-efficacy with every small victory and goal accomplishment. There’s always someone who’s going to challenge you but that’s small stuff. You have to think, “I’m here on a mission to become a good doctor, and that’s all that matter – to become a good doctor and a person of high character and integrity.”

I’ve found resilience through my spirituality. I’ve been Muslim by faith since I went to college and that really helped me to stay disciplined and focused. I use prayer and meditation trying to live a spiritually based life and knowing that everything that comes my way—that challenges me—will be manageable as long as I’m living by spiritual principles.

I look at all of us as spiritual beings having a human existence; the human experience will go away, but the spirit will go onto something else. You have to maintain your spiritual foundation however you do that—whether it’s through religion or something else—you have to NURTURE YOUR SPIRIT.

That’s what sustains me, and a lot of people: knowing that there’s a higher purpose for why we’re here; and we have to fulfill that purpose as best we can.

I believe in a higher power and that everything happens for a reason. My job is to not faulter; not waver; to continue to do the best I can, and help anybody, anytime, in any place, that I can.

HAPPINESS is an INSIDE JOB:

Crossroads Africa is an organization based in New York City that has a volunteer program for college students. The summer following my senior year, I got to travel through THE GAMBIA & SENEGAL in West Africa working on projects with the British government. For the first time in my life, I saw REAL ABJECT POVERTY, impotable water in insufficient quantities for health and hygiene and limited access to food.

WHAT AMAZED ME was that the PEOPLE WERE HAPPY. They were POOR, they had no food, but they’d found an inner contentment that escapes a lot of Americans. That’s when I learned that HAPPINESS is an INSIDE JOB and often culturally determined. In America we have all these material things, but we suffer from depression, anxiety and high rates of suicide because you can’t buy happiness. It’s an inside job.

ADJUSTING to LIFE as a PHYSICIAN:

COMING from an URBAN INNER-CITY BACKGROUND and going into medicine was a dramatic change for a first-time college and medical school graduate; that was a big, big adjustment for me that I wish I had managed better.

When I graduated from medical school, I became a star in my community– I could do no wrong. Everybody looked up to me and not being used to this kind of recognition, I didn’t adapt to it as well as I could have. My home community put me up on a pedestal, that I didn’t want to be on. People started treating me differently—with good intentions—but it was TOO MUCH and the WRONG TYPE of attention and for the wrong reason. I wanted to be respected for who I was as a person, not because I had a title.

SOCIALLY and CULTURALLY I struggled with that part of being a physician. That isn’t taught in med school, especially for students coming from challenging backgrounds. That’s why mentors are so important – to show you how to make that adjustment, socially and culturally.

Because some people, when transitioning to a physician’s salary, can get extreme with material things, alcohol or drugs, or other unhealthy behaviors and need someone to guide them through that transition period.

I could pass the examinations, that was not a problem. But adapting to medical school and physician life socially and culturally, was a struggle for me.

The Importance of Mentorship:

When I was in college, I met a person who was an HISTORIAN and an ECONOMIST, who was on campus to give a series of lectures, we became friends during his visit as we were both from the same city – Philadelphia.

He was a highly respected writer and scholar, but he wasn’t in medicine. We would meet once a week while I was in medical school to talk about and work on his projects for several hours. He taught me about the academic world– how personal relationships, discipline and educational institutions intersect for an African-American professional. He exposed me to people with major accomplishments in academia and the arts. African Americans who had done well in life, and that helped me to have confidence in myself: knowing people who had done well in medicine and other disciplines, helped me with my self-confidence and motivation. He taught me the importance of self-discipline and time management.

If you don’t have a mentor talk with another student. Sharing your thoughts and feelings will help you navigate stressful situations. You need to TALK ABOUT WHAT YOU’RE FEELING. Don’t hold things inside because it will come out in some way, but maybe not in a way that helps you.

CULTIVATING an INTEREST IN PREVENTION:

There are a lot of people suffering from heart disease, kidney failure cerebrovascular disease and other chronic diseases that are heavily influenced by personal behaviors, diet and environment. There is a huge need for health literacy and health education about preventing and treating chronic diseases. Lifestyle Medicine is very empowering; it levels the playing field in terms of the healthcare landscape. If we can teach people, motivate them to change their behaviors, and help them sustain those behaviors, we can reduce the chronic disease burden that is crippling our healthcare system. With Lifestyle Medicine, poor and working-class people can have a better chance of being just as healthy as wealthy individuals by changing their diet and lifestyle choices. It has the potential to reshape the healthcare industry to a more financially sustainable and clinically more effective system.